Meet The 2018 WOA and BOA Honorees

Sharonda Amamilo: She is a woman of strong conviction, believes a community is only as strong as the people in it, committed to empowering those that have been disenfranchised, and encouraging the government to change.  As the Supervising Senior Defense attorney for the Juvenile and Dependency Division of the Thurston County Public Defense Office, she has pushed for the inclusion of restorative justice principles within the Thurston County Juvenile Justice System and recidivism rates are down. She is an unsung hero, fully committed in mind, body, and spirit to helping change in ways outside of work; at the end of the day she doesn’t clock out. One nominator summed it up best: Sharonda is an extraordinary leader, mentor to many, courageous advocate in her role as a Senior Defense Attorney, US Army Reserves Warrant Officer, Mother, Sister to many and woman of color who is defining what it means to lead in a world where opportunities are rare, barriers are high and the old world tradition is thick/intractable/deep.

Rosalinda Noriega: Survivor turned Advocate. Rosalinda uses her voice to advocate for those whose voices are often silenced and marginalized. She has served as a beacon of light for homeless community and a steady rock in an ever changing storm. In 2005 she co-founded the state’s first crime victim’s service center serving Youth who experience or at-risk of homelessness, Partners in Prevention Education, where she served as Executive Director for eleven years. Most recently, she has been a spark, providing new opportunities for Pizza Klatch as Executive Director for the last year.  She has been providing trainings on oppression and dismantling racism for over two decades and is a powerful a role model and a mentor. She embodies all that is good in humanity and provides for all in our community by her inclusivity. She does it all with an amazing sense of humor and she reminds us that there is always room at the table for another. Rosalinda is also a painter, artist, performer and Blues singer.

Shambricia Spencer: “She is a total badass, full of intense dedication to the work.”  Her life is a living testament to overcoming and working towards social justice. At 16 she was a volunteer peer educator motivated to have an impact, particularly on Queer Youth of Color like herself. Since then, she has educated hundreds of Thurston County youth, is a former board member of Pizza Klatch and current board member for SafePlace. She has been a foster parent, now an adoptive parent, foster parent trainer, and is also a member of the LGBTQ advisory board for Children’s Administration working to improve support for queer and trans youth in foster care.  She is an exceptional educator, facilitator, and trainer on topics such as reproductive justice, race and racism, queer sexuality education, inclusivity, equity and justice and so much more. She has inspired the success of women and girls through her mentorship and former students still reach out to her for support, guidance and reassurance long after graduation.  She is there for them and is a proven everyday leader and mentor by the way she lives her life.  It is memorable to just be in a room with her. She is the kind of person who has a smile that can light up one’s day – and has the vision and skills that transform unjust systems and structures.  Shambricia is currently the Capacity Building Manager at Planned Parenthood of the Great Northwest and Hawaiian Islands.

Gabi M.S. Trautmann: She is a successful executive, purchasing Olympic Cards & Comics at the age of 18.  She persevered in what can, at times, be a misogynistic culture and has carved out a safe place in a world that has told some individuals they don’t belong. Her store has a zero tolerance for harmful language and behavior towards anyone. She feels very strongly about inclusion in the workplace and the gaming environment. Gabi has been a force for 25 years: building up and empowering a community. In addition to giving back, through her volunteer work at SafePlace, the Thurston County Food Bank, and Homeless Backpacks, she supports her customers who are military and deployed by sending them care packages. Her summer food program became so successful she created a charity called Gabi’s Kids.

Business of Achievement: Department of Commerce’s Office of Homeless Youth Prevention and Protection. This office within the department is a public agency leading the pack, focused on intersectionality and social justice. The department is committed to raising awareness and supports to end youth and young adult homelessness. The office does not attempt to estimate or guess what youth and young adults need to be their best selves, they utilize youth voice by getting to know the individuals they serve, meeting them where they are at, and collaborating with other organizations such as The Mockingbird Society and Youth Advocates Ending Homelessness.  They are committed to improvement, knowing there is more work to do and interested in continuing their services.  But they are also willingly evolving, acknowledging that youth of color have been disproportionately represented in the homeless system and starting conversations and necessary work to assure their solutions and resources are equitable and meet the needs of youth of color. While others may be afraid to act, they are working as an influencer, tapping into resources to assure a social justice focus and that youth’s needs are met.

Chinyelu Iwenofu is a highly-regarded and driven youth leader. Her accomplishments are many in academics, extracurriculars and volunteering. Throughout all that she does, she aims to emphasize that all people should be valued, live free from oppression and thrive in a just society.

Chinyelu has been involved with YWCA Olympia programs since middle school, participating in Girls Without Limits! (GWOL!) camps, Girls Circle and the Participatory Action Research group. Currently, she is a Junior Counselor for GWOL! As a young Woman of Color, she notes that YWCA Olympia’s mission to eliminate racism and sexism resonate with her.

Chinyelu also has excelled academically. She ranks in the top ten percent of her class, maintaining a 4.0 GPA at Tumwater High School, and has won awards in all subject areas, including math, science, and speech and debate. Additionally, she was selected to attend the University of Washington’s Young Black & Gifted program and to participate in the Museum of Flight’s Western Aerospace Scholars (WAS) STEM education program.

She is an active participant in both school extracurriculars and in her community. She is a member of the speech and debate team, tennis team, symphonic band, pep band, and Honor Society. Within the community, she is involved with Olympia Senior Center’s Sharing Teens and Elders Project (STEP) as well as volunteering at her high school’s library and she was involved with Planned Parenthood Olympia’s Teen Council.

Chinyelu plans to major in the STEM field in college, which will keep focus on her career goal of becoming a medical doctor specializing in infectious diseases.  The STEM field of study supports her long-term goal of making discoveries that will benefit humankind, such as conducting research and finding cures for diseases.

CLICK to purchase your ticket for the 2018 Womxn of Achievement Celebration! 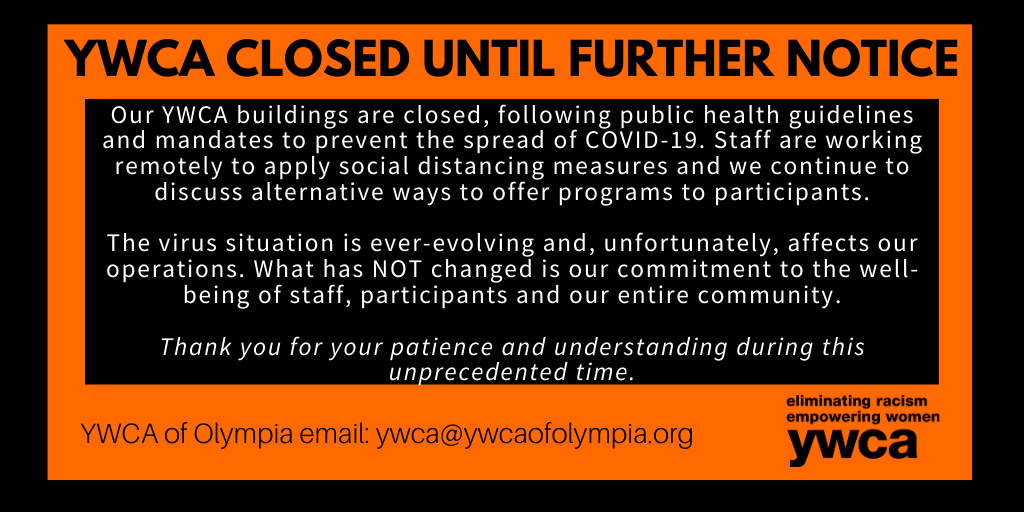