The Whole System is Guilty

HomeThe Whole System is Guilty
A- A A+ 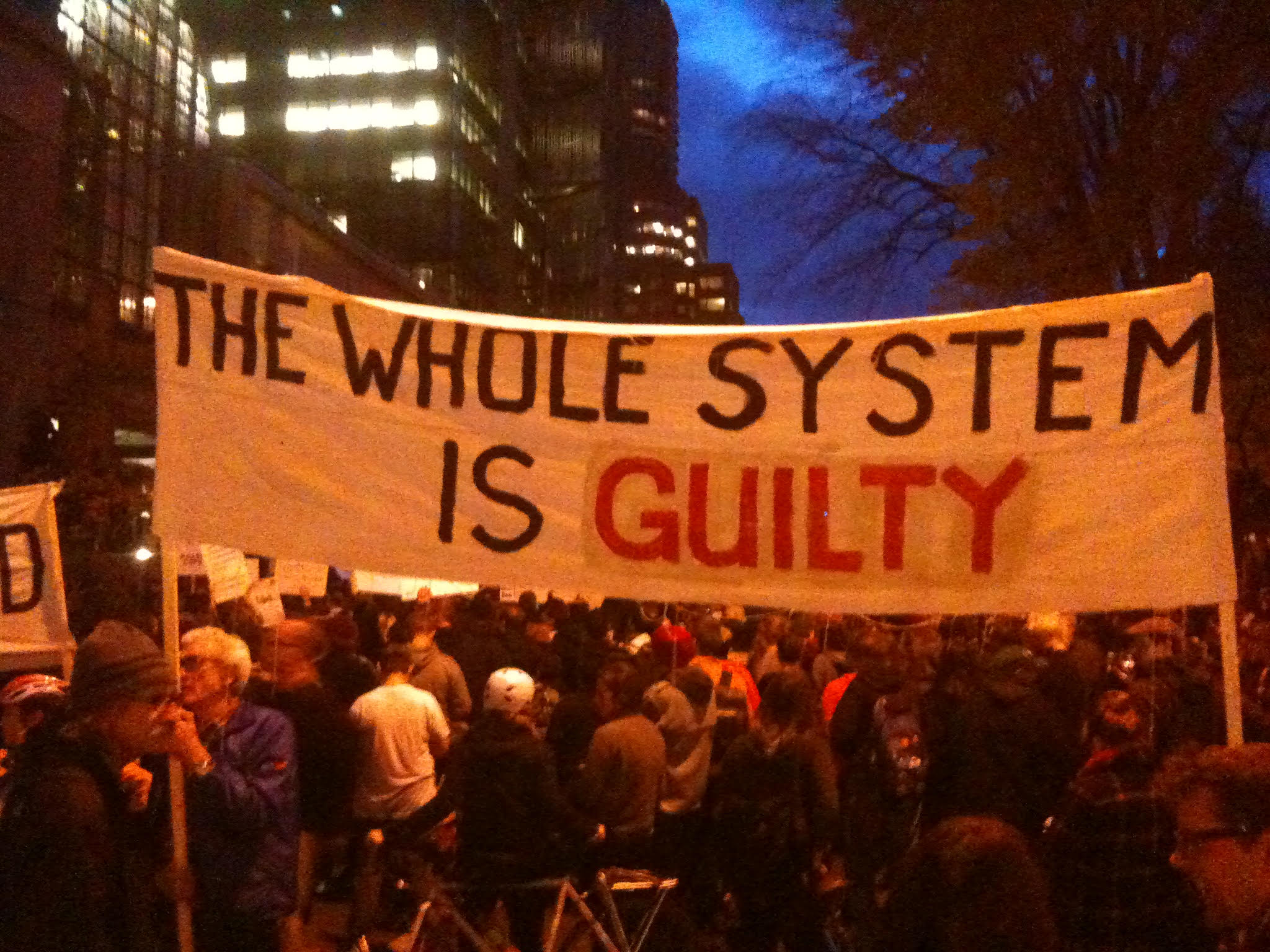 To Our Beloved Community:

A few days ago we witnessed the conviction of former Minneapolis police officer Derek Chauvin in the murder of George Floyd. The world watched as Floyd’s life was stolen by Chauvin, caught on video by brave teen bystander Darnella Frazier. Throughout Chauvin’s trial we have watched again, in vigilance and anticipation, to see if our judicial system would recognize what we all saw in that video: that police are a constant, deadly threat to Black and Brown lives.

We celebrate with communities across the globe, overwhelmed by a victory that feels so tremendous and yet so small. We share in happiness for Floyd’s family, breathing with relief that Chauvin will not be permitted to walk away from his acts of violence. We send our gratitude to the tireless Black community leaders whose pressure on institutions has opened a door for accountability and truth. We know that the voices of the people, made known through acts of revolution both gentle and disruptive, have done more to realize justice than the judicial system would ever do on its own terms.

And yet, while we collectively processed this historic conviction, almost at the very moment that the public learned of the guilty verdict, 15-year old Ma’Khia Bryant was shot four times and killed by officer Nicholas Reardon in Columbus, Ohio. The next morning, Andrew Brown Jr. of Elizabeth City, North Carolina was shot and killed by police while unarmed. The week before, Sikh community members in Indiana were targeted by a mass shooting that took eight lives. The collective mourning and demands for answers in the police shootings of Daunte Wright of Minnesota and Adam Toledo of Illinois are still at the forefront of our hearts. Our celebrations are quelled, and any sense of relief is shattered.

Systemic violence against Black and Brown people is relentless. White supremacy, as it lives within the individuals and institutions of our nation, steals lives and inflicts continuous trauma on those who survive its terror.

We know that one guilty verdict within our broken legal system is not equivalent to justice for George Floyd, or any of the beloved lives we have lost in the past weeks, years or centuries to the violence of white supremacy. How can there be justice for our beloved dead who should never have been killed in the first place? What can ever be enough for the grieving families and communities who have been robbed of so much? The shock and exceptionalism around this guilty verdict warns us how far we have to go. The Chauvin verdict is one drop of accountability. We need a raging waterfall of justice.

As we reckon with the distinctions between justice and accountability, YWCA Olympia reminds our community that true accountability is a practice of growth and transformation between interdependent parties. In fact, we cannot practice accountability with a system that is killing us. As Audre Lorde told us decades ago: “the master’s tools will never dismantle the master’s house.”

We call for our community to act on the demands of Black and Brown organizers around the country to be heard and held as the incredible gifts that they are: a guide for how we can move forward together and build something different.

We would like to re-share these resources and action steps to invite everyone to continue to engage in meaningful ways. Donate and contribute to those most impacted, listen to their words.

We ask BIPOC, and particularly Black, community members to rest, to grieve, to honor your rage and to ask for the support that you need. Taking space to center your wellness and mental health is a radical act in a racist society, and we encourage you to check out the following resources to support you in doing this:

We ask white community members to move deeper into action and reflect on the ways you benefit from the systems of white supremacy and colonialism that impact us all. We ask those with positional power to use it: call on your networks and leverage what you have. If you have money to redistribute, time to give, or can offer support to your Black friends, family, co workers, employees and community, please do so in the form of monetary reparations and community care. We ask you: What are you willing to give up for Black Lives?